Wanna know the secret to “winning” Halloween at a costume party? Whatever big movies came out that year,  come dressed up as the most popular character from that movie; and BAM. You’ve got the recipe for a costume that’s sure to wow your peers, work-friends, and whoever else is at the party. It’s an easy formula, and one a lot of people follow every year. But, and we’re just taking a guess here, you’re probably a lot more creative than that. And because of that, you’re probably gonna try and come up with an obscure Halloween costume for this year’s festivities.  Well, we can help you with that with a few suggestions.

And hey, we’re not trying to discredit your style or anything. We’ve got nothing against popular costumes, all we’re saying is a little obscurity never hurt anyone. So take a look at just some of the oddest, non-trendy costume ideas we could cook up. You may get inspired to do something a little original yourself. Or not, the most important part is having a great time and enjoying yourself this Halloween. And if you’re looking for somewhere to enjoy your Halloween, we may have some awesome events you’d like to know about. 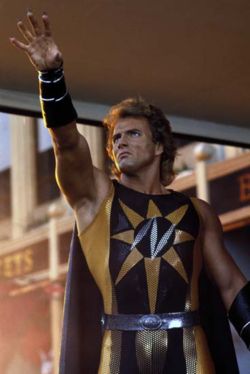 When it comes to iconic comic book movie supervillains, Nuclear Man from Superman IV doesn’t even come close to the top 100. However, his costume hits that perfect level cheesy and “cool” that makes for an ultimate Halloween outfit.

While Superman 4 isn’t remembered as one of the best, or even a good Superman film. The film’s antagonist Nuclear Man; who in the film was created due to Superman throwing a nuclear missile that had some of his hair attached to it into the sun, has garnered something of a cult following decades after the movie’s release. This probably has something to do with his hilariously ridiculous backstory.

Although Nuclear-Man is not a DC comics character and was an original creation for the movie, he’s apparently being introduced into the Superman comics sometime this year. So perhaps some new-life can be found for the character. Heck, we might even see Nuclear-Man in a new Superman movie…okay probably not. 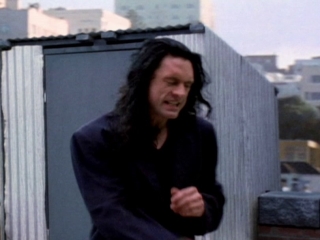 Johnny From The Room

As obscure movies from the beginning of the century go, The Room might just be one of the most popular. I mean, most people probably never heard of it, and even fewer people saw this comically-bad drama in theaters due to its extremely limited release. However, the film garnered a strong cult following around the world. This was due in part by small independent theaters screening the movie for years to come, and late-night programming block Adult Swim showing this movie every year for April Fools.

The story of the room’s creation is actually something worth looking up. You could even call it inspiring. It’s a true hard-workers tale of an artist putting their all into getting their work accomplished. And in that regard, you’ve got to give direct/star Tommy Wiseau some respect.

Apparently, it’s become a popular enough movie to warrant a movie being made about the guy who made the movie, making said movie. And that movie about this movie stars James Franco so….kudos to that? Anyway, the actual movie “The Room” is famous for supposedly being one of the worst films ever made. We’ll leave that for you to decide. But far as obscure Halloween Costumes go, this one’s pretty easy costume to pull off. All you really need to a long, mane-like wig, and a tuxedo, or even a tan blazer with jeans. Tetsuo or Kaneda from Akira

If you’re hardcore into anime, you’ve probably heard of the epic 1980’s animated feature Akira. It’s become something of a legendary work of art that is believed to help propel Japanese animation to mainstream western audiences. That’s up for debate, but what’s definitely not arguable is how cool the films two main characters outfits look.

The actual movie Akira, whilst being a classic, is routinely criticized by some for being extremely hard to follow. As the story goes, the post-nuclear holocaust world the gang-affiliated teenage protagonists inhabit is one full of corrupt politicians, blue children with telekinetic powers, and colorful high tech motorcycles. When a brawl/speed chase occurs between two gangs leads to one of the lead characters (Tetsuo) being abducted by the government and made a test subject for strange experiments, it’s up to his friend Kaneda to rescue him and find out why he was abducted in the first place.

Both of these characters have a pretty awesome look for an obscure Halloween costume. Kaneda sports an epic red leather jacket that cosplayers have tried recreating for decades. And Tetsuo looks like an anime superman with a t-shirt, black slacks, and a long, red, torn up cape. Hurry, because once Hollywood releases the inedible live-action remake, everybody will know who these characters and the costume won’t be obscure anymore. 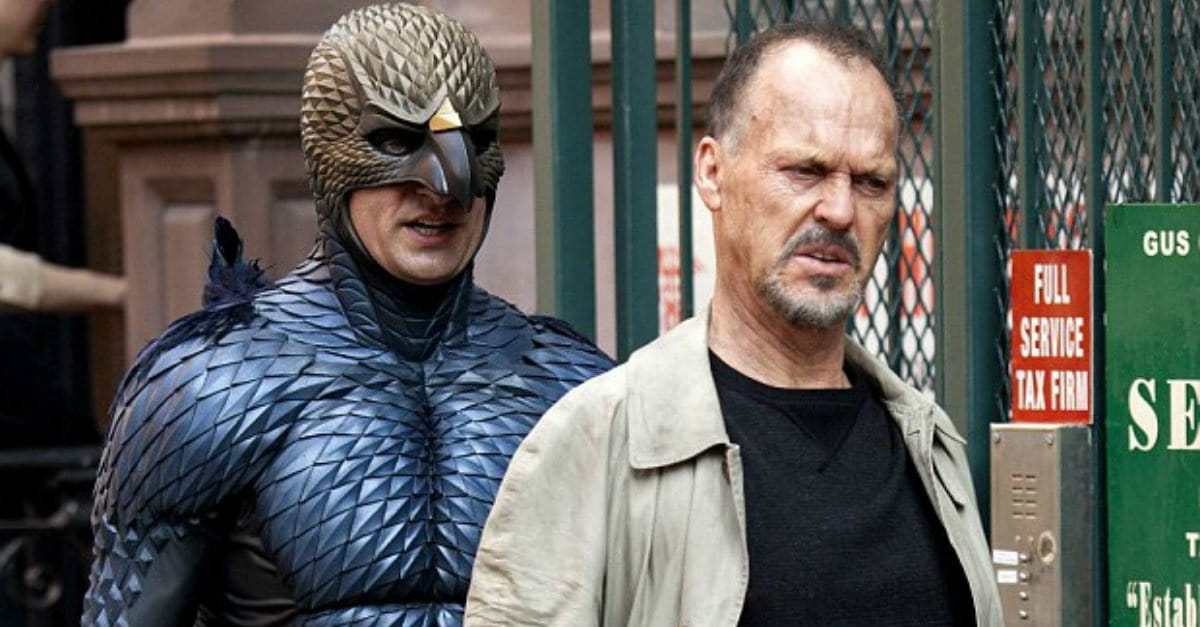 Birdman (No, Not The Cartoon)

The academy award winning film the Unexpected Virtue Of Ignorance (Or Birdman) was an incredibly original film that, like most of the movies to win these awards, nobody saw. The film is about an aging ex-movie star trying his hand at becoming a serious Broadway writer, producer, and actor. This is made quite difficult since the general public and critics only remember him as the lead role for a popular 1980’s comic book movie.

There’s a whole meta-narrative that’s derived from the actor playing the lead being Michael Keaton. Who, if you didn’t know, was the actor who portrayed Batman in Tim Burton’s 1989 classic film adaptation.

There’s also some added hilarity to this obscure Halloween costume. Since the fictional “birdman” costume actually looks pretty cool. So if you pull it off right, you might have people intrigued in the Birdman character and actually look up the movie after seeing your costume. They’ll be surprised to find that it’s not a cheesy superhero action movie, and that the “Birdman”  himself isn’t even a main character.

Any Of The Characters Played By The Lead In Holy Motors

Now we’re getting into real obscure territory. How obscure? Well, we’re talking about a French arthouse film that features a scene where Eva Mendes is being kidnapped at a fashion shoot by a flower-eating madman.

If you’ve never seen Leos Carax’s Holy Motors, you’re in the majority. It could be described as a comedy-drama. Following the trails of man named Mr. Oscar, whose rather peculiar job is to play the role of various people throughout the city of Paris, each role forcing him to drastically change his appearance through the use of wings, makeup, and other prosthetics. Like some sort of actor, but without an actual audience, and no production crew or anything following him, and he’s being driven to each “appointment” (as the film refers to them) in a white stretch limo. Sounds pretty weird, which is absolutely how you can describe every minute of this movie. And we say “could be” described a comedy-drama because the tone of the film is pretty ambiguous.

Throughout the film, Mr.Oscar goes through multiple costume, and character changes. Giving you plenty of options for a really cool Halloween costume, that will have the added benefit of making you seem “cultured” because you watch French art house films. You could have a lot of fun deciding which of the odd characters in this film to base your costume off of.

Alright, now that you’ve seen the obscure Halloween costume ideas we’ve conjured up. Now we wanna know what weird and obscure movie costumes you can come up. Let us know on facebook and twitter!